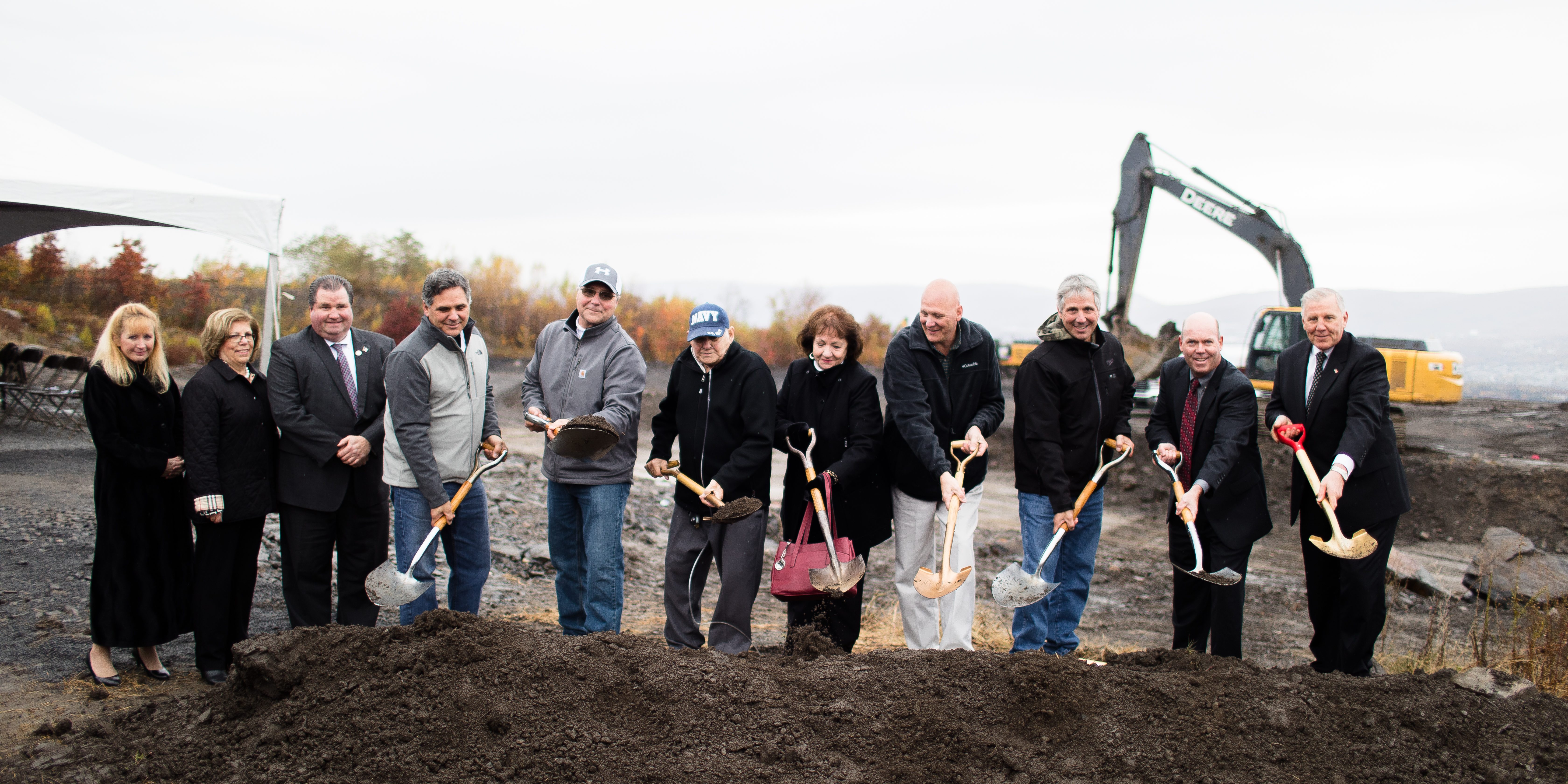 Pasqualichio Brothers Inc. recently broke ground for their new facility in the Valley View Business Park in Jessup. The company purchased the 4.91-acre parcel of land from the Scranton Lackawanna Industrial Building Company (SLIBCO) in October. SLIBCO is the industrial development affiliate of the Greater Scranton Chamber of Commerce.

The company plans to construct a 40,000 square-foot office, manufacturing and warehouse facility in the Valley View Business Park, allowing it to expand its operations in addition to its Scranton facility. The expansion will allow the company to retain 45-50 employees and create 10 to 15 new jobs over the next three years.

“After a long, exhaustive search, and with the invaluable assistance provided by SLIBCO and The Greater Scranton Chamber of Commerce throughout the process, we feel fortunate to have found the property in the Valley View Business Park,” said Mike Pasqualichio, president, Pasqualichio Brothers Inc. “Pasqualichio Brothers Inc., began operations more than 37 years ago in downtown Scranton, and as a third-generation, family-owned and operated company, we are very excited to be able to stay in Lackawanna County to grow and expand our company.”

Pasqualichio Brothers is a manufacturer and distributor of quality meat products based in downtown Scranton. The company was established in 1980 and began as a wholesale distribution business specializing in the sale of fresh pork, poultry and beef to supermarkets in eastern Pennsylvania, New York and New Jersey. Over time, the business has grown into an industry leader in the manufacturing of value-added meat products. Pasqualichio Brothers is also the producer of Butcher Van Gourmet meat products, which are sold on a national basis in major club stores, supermarkets, specialty retailers and grocery chains.

“The Chamber’s economic development team is proud to have had the opportunity to work with Pasqualichio Brothers in selecting a site for their next manufacturing facility,” said Bob Durkin, president of The Greater Scranton Chamber of Commerce and executive vice president of SLIBCO. “The Pasqualichio family has grown the business into a third-generation, family-owned and operated Lackawanna County employer.  Their expansion into Valley View Business Park will allow them to achieve company growth for years to come.”

Prime Location: Lackawanna County is on the rise thanks to influx of businesses and residents
February 6, 2018
Subscribe

Subscribe to our newsletter for property and event updates.